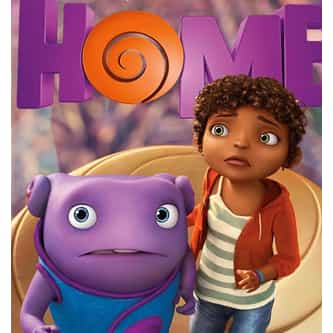 Home is a 2015 American 3D computer-animated buddy comedy film produced by DreamWorks Animation and distributed by 20th Century Fox. It is based on Adam Rex's 2007 children's book The True Meaning of Smekday and stars Jim Parsons, Rihanna, Jennifer Lopez, and Steve Martin. Tim Johnson is the director of the film, Chris Jenkins and Suzanne Buirgy are its producers, and the adaptation is by Tom J. Astle and Matt Ember. The story takes place on planet Earth, where an alien race called the ... more on Wikipedia

Home IS LISTED ON