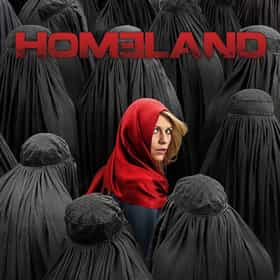 Homeland is an American political thriller television series developed by Howard Gordon and Alex Gansa based on the Israeli series Hatufim, which was created by Gideon Raff. The series stars Claire Danes as Carrie Mathison, a Central Intelligence Agency officer with bipolar disorder, and, from seasons 1 through 3, Damian Lewis as Nicholas Brody, a United States Marine Corps Scout Sniper. Mathison had come to believe that Brody, who was held captive by al-Qaeda as a prisoner of war, was "turned" by the enemy and posed a threat to the United States. The series is broadcast in the U.S. on the cable channel Showtime, and is produced by Fox 21. It premiered on October 2, 2011. The ... more on Wikipedia

What to Watch If You Love 'Homeland' 648 votes If you just finished Homeland and feel like it’s left a gaping hole in your life, there’s no need to despair. We’ve compiled...
The Best Homeland Characters of All Time 2.9k votes List of the best Homeland characters, with pictures and character bios when available. With such a great cast of characters,...
The Best Characters On 'Homeland' 591 votes We’re ranking the best Homeland characters. The tense spy series stars Claire Danes as Carrie Mathison and Damian Lewis as N...
The Best Seasons of Homeland 1.6k votes For all you Showtime junkies, we're ranking the best seasons of Homeland, with the help of your votes. You might also be int...

Homeland is ranked on...

Homeland is also found on...