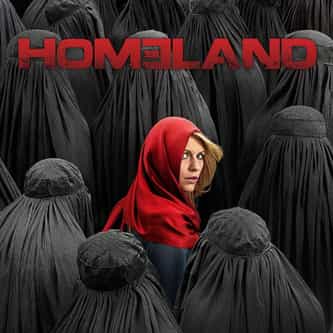 Homeland (Showtime, 2011) is an American political drama thriller series developed by Howard Gordon and Alex Gansa based on the Israeli series Hatufim, which was created by Gideon Raff. The series stars Claire Danes as Carrie Mathison, a Central Intelligence Agency officer with bipolar disorder, and, from seasons 1 through 3, Damian Lewis as Nicholas Brody, a United States Marine Corps Scout Sniper. Mathison had come to believe that Brody, who was held captive by al-Qaeda as a prisoner of ... more on Wikipedia

935 votes The Best Characters On 'Homeland'

1.5k votes What to Watch If You Love 'Homeland'

3k votes The Best Homeland Characters of All Time

Homeland IS LISTED ON