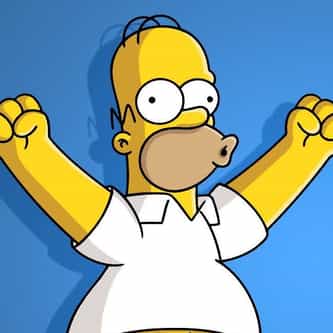 Film
Do the Bartman
The Simpsons Movie
Stand Up to Cancer

Homer Jay Simpson is a fictional character and the main protagonist of the American animated sitcom The Simpsons. He is voiced by Dan Castellaneta and first appeared on television, along with the rest of his family, in The Tracey Ullman Show short "Good Night" on April 19, 1987. Homer was created and designed by cartoonist Matt Groening while he was waiting in the lobby of James L. Brooks' office. Groening had been called to pitch a series of shorts based on his comic strip Life ... more on Wikipedia

7.4k votes The 100 Best Jobs Homer Simpson Has Worked on The Simpsons

Homer Simpson IS LISTED ON