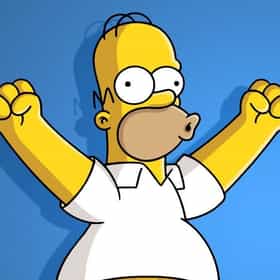 Homer Jay Simpson is a fictional character and the main protagonist of the American animated sitcom The Simpsons. He is voiced by Dan Castellaneta and first appeared on television, along with the rest of his family, in The Tracey Ullman Show short "Good Night" on April 19, 1987. Homer was created and designed by cartoonist Matt Groening while he was waiting in the lobby of James L. Brooks' office. Groening had been called to pitch a series of shorts based on his comic strip Life in Hell but instead decided to create a new set of characters. He named the character after his father, Homer Groening. After appearing for three seasons on The Tracey Ullman Show, the Simpson family ... more on Wikipedia

The 100 Best Jobs Homer Simpson Has Worked on The Simpsons 7.1k votes Over the course of the longest-running animated series ever, Homer Simpson has tried out a number of different careers. Some...
Homer Simpson's Life Lessons 5.7k votes List of Homer Simpson's life quotes. Woo Hoo!!! Hi-diddly-ho neighborinos. Vote on what Homer Simpson quote you feel best su...
13 Homer Simpson Fan Theories That Actually Make A Lot Of Sense 136 votes If you love The Simpsons, we want you to vote on the best Homer Simpson fan theories the internet has to offer. For over 30 ...

Homer Simpson is ranked on...

Homer Simpson is also found on...

name an actor who is associated with action roles, toy story bad guy, anime like yuri on ice, greatest artist of the baroque period, miss you song, columbia soccer players, children of the stars song, books based on anime, 10 people who did it with animals, family guy milkshake