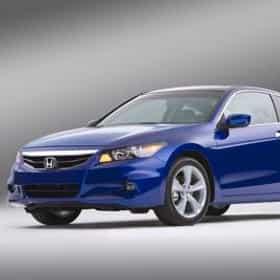 The Honda Accord is a series of automobiles manufactured by Honda since 1976, best known for its four-door sedan variant, which has been one of the best-selling cars in the United States since 1989. The Accord nameplate has been applied to a variety of vehicles worldwide, including coupes, wagons, hatchbacks and a crossover. In 1982, the Accord became the first car from a Japanese manufacturer to be produced in the United States when production commenced in Marysville, Ohio at Honda's Marysville Auto Plant. The Accord has achieved considerable success, especially in the United States, where it was the best-selling Japanese car for fifteen years, topping its class in sales in 1991 and ... more on Wikipedia

lists about Honda Accord

Honda Accord is ranked on...

Honda Accord is also found on...