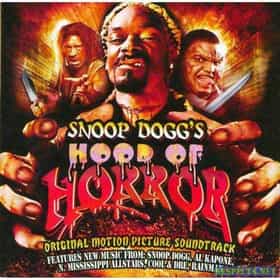 Hood of Horror is a horror film adaptation of a fictional comic book, which is an anthology of three short tales set in an urban milieu in a style reminiscent of Tales From The Crypt and Tales from the Hood. The movie debuted at the 2006 Cannes Film Festival. The American premiere was on October 18, 2006, at Mann's Hollywood and Highland in Los Angeles. It was also the "secret" ninth film screened in the 8 Films to Die For film festival on November 19, 2006. It opened worldwide in theaters on May 4, 2007. ... more on Wikipedia

Hood of Horror is ranked on...

Hood of Horror is also found on...