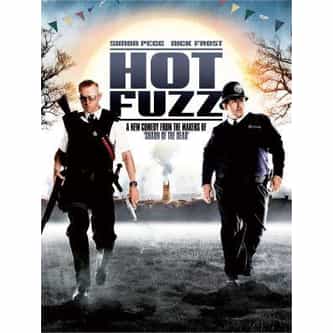 Hot Fuzz is a 2007 British action comedy parody film directed by Edgar Wright, written by Wright and Simon Pegg, and starring Pegg and Nick Frost. The film follows two police officers attempting to solve a series of mysterious deaths in an English village. Over a hundred action films were used as inspiration for developing the script. ... more on Wikipedia

Hot Fuzz IS LISTED ON