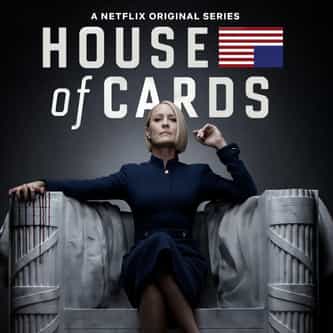 House of Cards (Netflix, 2013) is an American political drama television series developed by Beau Willimon, and an adaptation of the BBC mini-series based on the novel by Michael Dobbs. Congressman Frank Underwood (Kevin Spacey) and his equally ambitious wife Claire (Robin Wright) initiate an elaborate plan to attain power and exact their revenge. ... more on Wikipedia

lists about House of Cards

425 votes The Best Episodes of House of Cards

789 votes The Best House of Cards Quotes From Every Season

160.7k readers 32 Facts You Didn't Know About House of Cards

181 votes Ranking the Best Seasons of 'House of Cards'

4.8k readers All the People the Underwoods Took Out (And Why)

281 votes What To Watch If You Love 'House Of Cards'

House of Cards IS LISTED ON