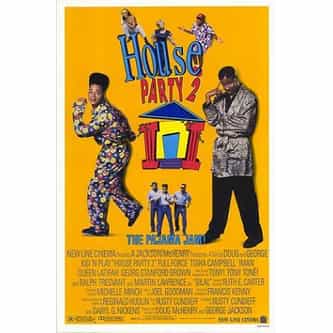 House Party 2, the sequel to the 1990 film House Party, was released in October 1991 by New Line Cinema, and returns most of the cast of the first film along with new cast members such as Queen Latifah and Iman, and more guest appearances by other famous entertainers, such as Tony! Toni! Toné! and Ralph Tresvant. House Party 2 basically has the same premise as the first, except it is a pajama party instead of a regular house party. This film was dedicated to the memory of Robin ... more on Wikipedia

House Party 2 IS LISTED ON