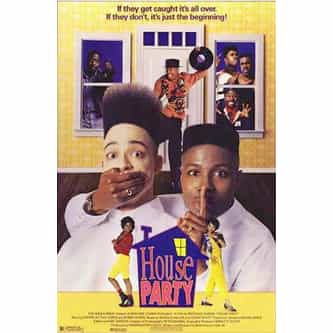 Tagline
If they get caught it's all over. If they don't
it's just the beginning!

House Party IS LISTED ON