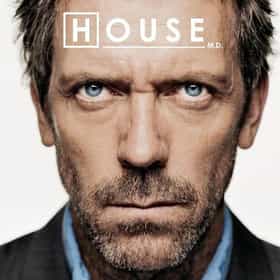 House (Fox, 2004) is an American television medical drama created by David Shore. The show's main character is Dr. Gregory House, a pain medication-dependent, unconventional, misanthropic medical genius who leads a team of diagnosticians at the fictional Princeton–Plainsboro Teaching Hospital in New Jersey. The show's premise originated with Paul Attanasio, while David Shore, who is credited as creator, was primarily responsible for the conception of the title character. House often clashes with his fellow physicians, including his own diagnostic team, because many of his hypotheses about patients' illnesses are based on subtle or controversial insights. His flouting of hospital rules ... more on Wikipedia

House is ranked on...

House is also found on...