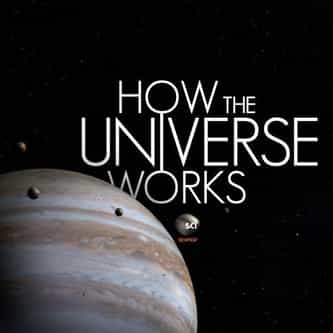 How the Universe Works

How the Universe Works is a mini-series that originally aired on the Discovery Channel April 25, 2010 to May 24, 2010. The first and third seasons were narrated by Mike Rowe and the second by Erik Todd Dellums. The first season was released on Blu-ray on February 28, 2012. The second season of the show moved to The Science Channel, consisting of 8 episodes. The second season aired between July 11, 2012 and August 29, 2012. The third season aired between July 9, 2014 and September 3, 2014. ... more on Wikipedia

How the Universe Works IS LISTED ON