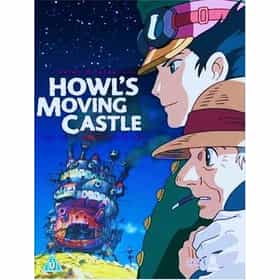 Howl's Moving Castle is a 2004 Japanese animated fantasy film scripted and directed by Hayao Miyazaki. The film is based on the novel of the same name by British writer Diana Wynne Jones. The film was produced by Toshio Suzuki, animated by Studio Ghibli and distributed by Toho. Mamoru Hosoda, director of one episode and two movies from the Digimon series, was originally selected to direct but abruptly left the project, leaving the then-retired Miyazaki to take up the director's role. The film had its world premiere at the Venice Film Festival on September 5, 2004, and was released in Japanese theaters on November 20, 2004. The film is one of only three Studio Ghibli films which were ... more on Wikipedia

Howl's Moving Castle is ranked on...