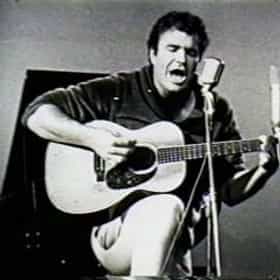 Hoyt Wayne Axton (March 25, 1938 – October 26, 1999) was an American folk music singer-songwriter, guitarist, and a film and television actor. He became prominent in the early-1960s, establishing himself on the West Coast as a folk singer with an earthy style and powerful voice. As he matured, some of his songwriting became well known throughout the world. Among them were "Joy to the World", "The Pusher", "No No Song", "Greenback Dollar", "Della and the Dealer", and "Never Been to Spain". ... more on Wikipedia

Hoyt Axton is ranked on...

#5 of 52 The Best Country Singers From Florida 442 VOTES Florida has played a vital role in the formation of many musical genres over the years. Several notable country stars were b...

Hoyt Axton is also found on...