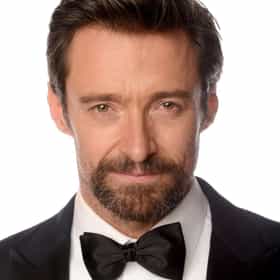 Hugh Michael Jackman (born 12 October 1968) is an Australian actor, singer, and producer. He is best known for playing Wolverine in the X-Men film series from 2000 to 2018, a role for which he holds the Guinness World Record for "longest career as a live-action Marvel superhero". Jackman is also recognised for his lead roles in films such as the romantic comedy Kate & Leopold (2001), the action film Van Helsing (2004), the drama The Prestige (2006), the fantasy drama The Fountain (2006), the period romance Australia (2008), the film version of Les Misérables (2012), the thriller Prisoners (2013), and the musical The Greatest Showman (2017), for which he received a ... more on Wikipedia

Morgan Freeman
20 Interesting Facts You May Not Know About Hugh Jackman 58.9k views X-Men, Kate & Leopold, Van Helsing, Les Misérables: what do all these movies have in common? Hugh Jackman, of cou...
The Best Hugh Jackman Movies 6k votes In a time where he is primarily known for playing Wolverine in Marvel's X-Men series, it seems appropriate to rank the bes...
17 Pictures of Young Hugh Jackman 36.8k views Young Hugh Jackman pictures include his high school yearbook photo and many from his career beginnings during the late 1990s...
Hot Hugh Jackman Photos 2k votes The best photos of Hugh Jackman, the actor best known as Wolverine in the X-Men series of movies. The Australian actor, who ...
The Best Hugh Jackman Characters of All Time 1.7k votes List of Hugh Jackman characters, ordered from best to worst along with movie trailers when available. These characters are i...
15 Things That Have Come And Gone Since Hugh Jackman Started Playing Wolverine 2.1k views Mankind took a giant leap onto the moon, Mr. Gorbachev tore down that wall, and Hugh Jackman started puncturing people with ...

Hugh Jackman is ranked on...

Hugh Jackman is also found on...