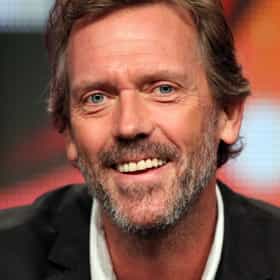 James Hugh Calum Laurie, (; born 11 June 1959) is an English actor, director, singer, musician, comedian and author. Laurie first gained recognition for his work as one half of the comedy double act Fry and Laurie with his friend and comedy partner Stephen Fry, whom he met through their mutual friend Emma Thompson whilst attending Cambridge University, where Laurie was president of the Cambridge Footlights. The duo acted together in a number of projects during the 1980s and 1990s, including the sketch comedy series A Bit of Fry & Laurie and the P. G. Wodehouse adaptation Jeeves and Wooster. Laurie's other roles during this time include the period comedy series Blackadder (in which ... more on Wikipedia

Hugh Laurie is ranked on...

Hugh Laurie is also found on...