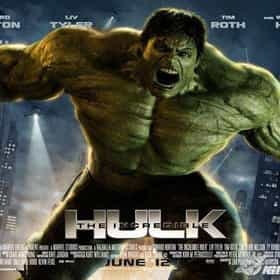 Hulk is a 2003 American superhero film based on the fictional Marvel Comics character of the same name. Ang Lee directed the film, which stars Eric Bana as Dr. Bruce Banner, as well as Jennifer Connelly, Sam Elliott, Josh Lucas, and Nick Nolte. The film explores the origins of Bruce Banner, who after a lab incident involving gamma radiation finds himself able to turn into a green-skinned monster when angry, while he is pursued by the United States military. ... more on Wikipedia

Hulk is ranked on...

Hulk is also found on...