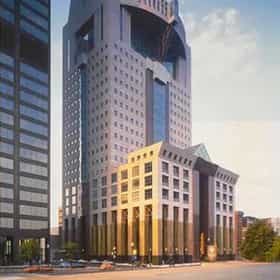 Humana Inc. is a Louisville, Kentucky-based for-profit health insurance company. As of 2014 Humana has had over 13 million customers in the U.S., reported a 2013 revenue of US$41.3 billion, and has had over 52,000 employees. In 2013, the company ranked 73 on the Fortune 500 list, which made it the highest ranked company based in Kentucky. It has been the third largest health insurance in the nation. The U.S. Dept. of Health and Human Services investigated Humana in 2009 for sending flyers to MediCare recipients that the AARP characterized as deceptive. The company's managed care model has also been criticized for ethical lapses and limitations. ... more on Wikipedia

Humana is ranked on...

#1 of 29 The Best Health Insurance for Self-Employed Business Owners 178 VOTES If you’re self-employed, you already know that buying health coverage for solo-preneurs can be costly, and finding the rig...
#3 of 34 The Best Affordable Health Insurance 142 VOTES The best affordable health insurance varies from region to region. These top health insurance companies offer the best PPO...

Humana is also found on...