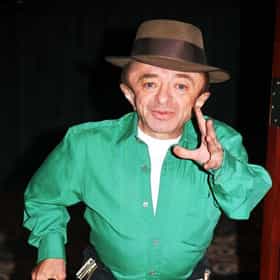 "Humbug" is the twentieth episode of the second season of American science fiction television series The X-Files. It was written by Darin Morgan and directed by Kim Manners. Morgan had previously appeared in a guest role as the Flukeman in an earlier episode of that season called "The Host". "Humbug" aired in the United States on March 31, 1995 on the Fox network. The episode is a "Monster-of-the-Week" story, unconnected to the series' wider mythology. "Humbug" earned a Nielsen household rating of 10.3, being watched by 9.8 million households in its initial broadcast. The episode received generally positive reviews and critics ... more on Wikipedia

Humbug is ranked on...

#5 of 197 People who voted for Humbug... also upvote Star Trek Franchise on The Best Space Movies are 6x more likely to vote for Jose Chung's "From Outer Space" on this list All X-Files Episodes, Ranked Best to Worst 31.7k VOTES Spanning ten seasons, and over 208 episodes and counting, X-Files is arguably one of the best sci-fi television shows out th...
#8 of 16 16 Episodes That Prove 'The X-Files' Is Secretly A Comedy 648 VOTES For casual fans of The X-Files, the show is all about aliens, conspiracy theories, and the nefarious Cigarette Smoking ...

Humbug is also found on...