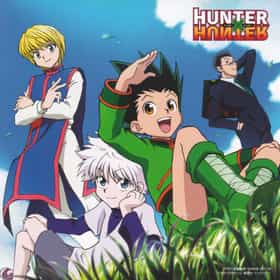 Hunter × Hunter is a Japanese manga series written and illustrated by Yoshihiro Togashi. Hunter × Hunter was adapted into a 62-episode anime television series directed by Kazuhiro Furuhashi The story focuses on a young boy named Gon Freecss, who discovers that his father, who he was told was dead, is actually alive and a world-renowned Hunter, a licensed profession for those who specialize in fantastic pursuits such as locating rare or unidentified animal species, treasure hunting, surveying unexplored enclaves, or hunting down lawless individuals. ... more on Wikipedia

Hunter X Hunter is ranked on...