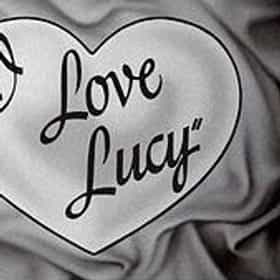 I Love Lucy is an American television sitcom starring Lucille Ball, Desi Arnaz, Vivian Vance, and William Frawley. The black-and-white series originally ran from October 15, 1951, to May 6, 1957, on CBS. After the series ended in 1957, however, a modified version continued for three more seasons with 13 one-hour specials, running from 1957 to 1960, known first as The Lucille Ball-Desi Arnaz Show and later in reruns as The Lucy–Desi Comedy Hour. The show, which was the first scripted television program to be shot on 35 mm film in front of a studio audience, won five Emmy Awards and received numerous nominations. Another award that the show won was the coveted George Foster Peabody Award ... more on Wikipedia

lists about I Love Lucy

Gilligan's Island
The Surprisingly Dark Behind-the-Scenes Secrets of 'I Love Lucy' 227.7k views I Love Lucy changed television forever. Four years out of its six-year run from 1951-1957, the show was the No. 1 program in...
The Complicated And Dark History Of Lucille Ball And Desi Arnaz's Marriage 276.7k views Television in the 1950s brings to mind clean-cut characters living uncomplicated lives, maybe learning a lesson or two. Thou...
The Pregnancy Episode Of ‘I Love Lucy' Was So Controversial, It Was Almost Banned 5.5k views "Lucy Is Enceinte," a 1952 episode of I Love Lucy, was the first major TV program to depict a pregnant woman (henc...
The Best I Love Lucy Episodes 3k votes List of the best I Love Lucy episodes, as determined by voters like you. With all the amazing episodes of the show that exis...
24 Pictures of Young Lucille Ball 836k views This gallery features the glamorous, young, Lucille Ball, including a baby photo, photos from her years as a teenager, as we...
The Best Seasons of I Love Lucy 193 votes List of the best seasons of I Love Lucy, listed from best to worst with pictures of DVD covers when available. Hardcore fans...

I Love Lucy is ranked on...

I Love Lucy is also found on...