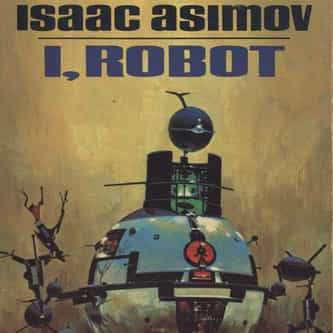 I, Robot is a collection of nine science fiction short stories by Isaac Asimov. The stories originally appeared in the American magazines Super Science Stories and Astounding Science Fiction between 1940 and 1950 and were then compiled into a book for stand-alone publication by Gnome Press in 1950, in an initial edition of 5,000 copies. The stories are woven together by a framing narrative in which the fictional Dr. Susan Calvin tells each story to a reporter in the 21st century. Although ... more on Wikipedia

I, Robot IS LISTED ON