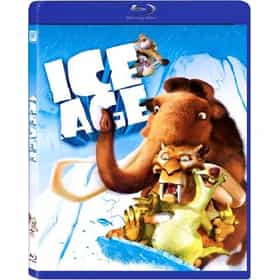 Ice Age is a 2002 American computer-animated comedy adventure film directed by Carlos Saldanha and Chris Wedge from a story by Michael J. Wilson. It was produced by Blue Sky Studios and distributed by 20th Century Fox. The film features the voices of Ray Romano, John Leguizamo,Chris Wedge and Denis Leary and was nominated at the 75th Academy Awards for best animated feature. This is the first installment of the Ice Age series. There are three other movies following this movie including Ice Age: The Meltdown in 2006, Ice Age: Dawn of the Dinosaurs in 2009, and Ice Age: Continental Drift in 2012. A fifth film, now called Ice Age 5, is scheduled for release on July 15, 2016. Ice Age is a ... more on Wikipedia

Ice Age is also found on...