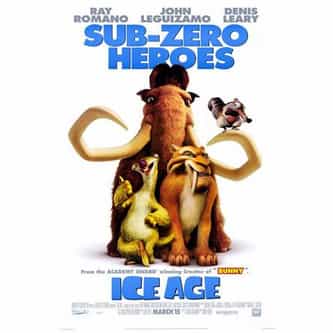 The Ice Age franchise is produced by Blue Sky Studios, a division of 20th Century Fox, and featuring the voices of Ray Romano, John Leguizamo, Denis Leary, and Chris Wedge. Five films have been released in the series thus far with Ice Age in 2002, Ice Age: The Meltdown in 2006, Ice Age: Dawn of the Dinosaurs in 2009, Ice Age: Continental Drift in 2012, and Ice Age: Collision Course in 2016. The series follows a group of mammals surviving the Paleolithic ice age. It has received some ... more on Wikipedia

Ice Age Franchise IS LISTED ON