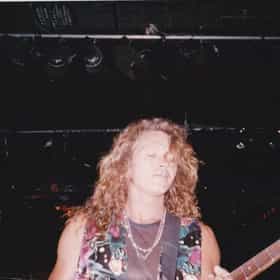 Icehouse is an Australian rock band, formed as Flowers in 1977 in Sydney. Initially known in Australia for their pub rock style, they later achieved mainstream success playing new wave and synthpop music and attained Top 10 singles chart success in both Europe and the U.S. The mainstay of both Flowers and Icehouse has been Iva Davies supplying additional musicians as required. The name Icehouse, which was adopted in 1981, comes from an old, cold flat Davies lived in and the strange building across the road populated by itinerant people. Davies and Icehouse extended the use of synthesizers particularly the Sequential Circuits Prophet-5, Linn drum machine and Fairlight CMI in Australian ... more on Wikipedia

Icehouse is ranked on...

#840 of 2,187 The Greatest Musical Artists of All Time 13.4M VOTES When VH1 polled fellow artists to name the greatest artists of all time, it seemed like a good idea---but in reality, the li...
#215 of 505 People who voted for Icehouse... People outside of the US are 2x more likely to vote for this also upvote Star Trek Franchise on The Greatest Sci-Fi Movies of All Time The Greatest Musical Artists of the '80s 562.6k VOTES   The greatest and most prolific artists of music's most colorful decade are remembered on this list. This list is ba...
#13 of 36 The Best Bands Named After Songs 4.4k VOTES Complete list of bands named after songs performed by other musicians (or, in some cases, bands named after their own songs)...
#49 of 60 The Most Influential Electronic Music Pioneers 9.5k VOTES Like the settlers who traveled from the east coast to the west coast in search of manifest destiny, these EDM pioneers helpe...
#62 of 88 The Best Post-punk Bands 15.6k VOTES Emerging following the punk rock explosion, post punk-bands was a response to that initial movement. Known as a bit more exp...
#57 of 324 The Best Pop Rock Bands & Artists 1G VOTES Over the years, pop rock has come to dominate the radio waves. Mixing a catchy pop sound with light (read: not serious) lyri...
#280 of 373 The Best Gothic Rock Bands/Artists 34.8k VOTES Blending elements of post-punk and alternative rock, the best gothic rock bands are some the best known rock bands, albeit s...
#14 of 324 The Best Australian Bands, Ranked 164.5k VOTES Who are the best Australian bands? The best bands from Australia you'll find on this list come from a variety of different m...
#92 of 179 The Best Electronic Rock Bands/Artists 23.8k VOTES This electronic rock bands list ranks the best electronic rock artists and musicians by votes. This list of electronic ban...
#140 of 155 The Best Electronic Body Bands/Artists 5.6k VOTES Electronic body music artists list, with photos, ranked best to worst by votes. List of good electronic body bands includes ...

Icehouse is also found on...