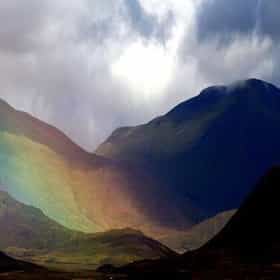 Iceland is a Nordic island country between the North Atlantic and the Arctic Ocean. It has a population of 329,100 and an area of 103,000 km², making it the most sparsely populated country in Europe. The capital and largest city is Reykjavík; the surrounding areas in the southwest of the country are home to two-thirds of the population. Iceland is volcanically and geologically active. The interior consists mainly of a plateau characterised by sand and lava fields, mountains and glaciers, while many glacial rivers flow to the sea through the lowlands. Iceland is warmed by the Gulf Stream and has a temperate climate despite a high latitude just outside the Arctic Circle. ... more on Wikipedia

Spain
This Icelandic Christmas Story Is So Creepy The Government Was Forced To Censor It 174.9k views Given that it was a rough habitat to settle, it's unsurprising that Iceland's folklore isn't exactly warm and fuzzy. In fact...
The All-time Best Soccer Players from Iceland, Ranked 4.1k votes For many soccer fans from around the world, the Euro 2016 championship served as an introduction to the best soccer players ...
The Most Stunning Icelandic Actresses 1.5k votes A list of the hottest Icelandic actresses of all time with photos. Not all of these actresses were born in Iceland but they ...
The Best Olympic Athletes from Iceland 88 votes List of the greatest Olympic athletes from Iceland, with photos when available. These are the best Icelander Olympians of al...
The Best Times to Go to Iceland 19 votes When it comes to the best time to go to Iceland, the best answer most likely depends on exactly what you're looking to exper...

Iceland is ranked on...

Iceland is also found on...