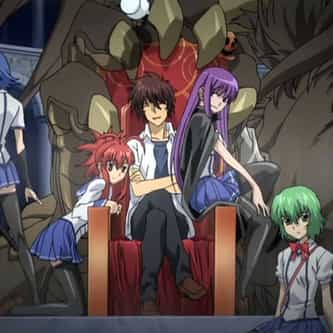 Ichiban Ushiro no Dai Maō, also known as Demon King Daimao, is a Japanese light novel series written by Shotaro Mizuki and illustrated by Souichi Itō, published by Hobby Japan under their HJ Bunko imprint. The first volume was published on February 1, 2008, and was completed with a total of 13 volumes available on March 29, 2014. A manga adaptation began monthly serialization in the September 2008 issue of Akita Shoten's magazine Champion Red, and a 12-episode anime adaptation by Artland ... more on Wikipedia

Aesthetica of a Rogue Hero

Demon King Daimao IS LISTED ON