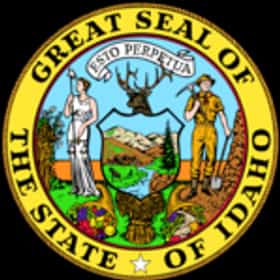 Idaho is a state in the northwestern region of the United States. Idaho is the 14th largest, the 39th most populous, and the 7th least densely populated of the 50 United States. The state's largest city and capital is Boise. Residents are called "Idahoans". Idaho was admitted to the Union on July 3, 1890, as the 43rd state. Idaho is a mountainous state with an area larger than that of all of New England. It borders the Canadian province of British Columbia to the north, Montana to the northeast, Wyoming to the east, Nevada and Utah to the south, and Washington and Oregon to the west. The network of dams and locks on the Columbia River and Snake River make the city of Lewiston ... more on Wikipedia

Idaho is ranked on...

#14 of 50 Every State License Plate Design, Ranked By How Much You Wish It Was On Your Ride 5.2k VOTES Do you live in a state with an ugly, poorly-designed license plate? Or perhaps you live in a state with license plates ...
#39 of 51 People who voted for Idaho... People under 30 are 2x more likely to vote for this The Worst Places to Live in The U.S. 32.1k VOTES Let's face it: some places are less desirable to live than others, especially in the United States. With a lot of people mig...
#37 of 52 People who voted for Idaho... also upvote Alien Franchise on The Best Movies of All Time also upvote Austin Powers Franchise on The Absolute Most Hilarious Movies Ever Made The Best U.S. States For Vacations 19.8k VOTES This is a list of the best US States to plan a trip to, ranked by people who love to explore the vast variety of attractions...
#39 of 50 The Best State Nicknames 8.5k VOTES Did you know that every state* in the United States of America has an official state nickname? No, it's not just because the...
#15 of 50 People Are Suggesting New Songs To Be Their States' Anthems, And They Are Actually Pretty Accurate 6.1k VOTES Every state has a song, but is it a song that best represents the state? Does "All Hail to Massachusetts" best rep...
#36 of 50 People Are Naming The Meal That Best Represents Their State And The Answers Are Surprising 19.7k VOTES Food can tell a story and, for residents of each US state, food is part of their identity. The meals that represent states l...
#34 of 50 Each State's Signature Alcohol 1.5k VOTES Recent trends in alcohol have shifted toward IPAs, craft beers, and microbreweries, giving us a whole world of new choi...
How Did Every US State Get Its Name? 52.5k VIEWS Have you ever wondered where your state's name comes from? If you assume they come from the indigenous peoples who once live...
50 Bizarre State Laws 660.1k VIEWS Whether they are leftovers from a forgotten time, laws that only make sense in a very specific region, or just the creation ...
#13 of 31 The Best US States for Fishing 6.4k VOTES List of the Best U.S. States for Fishing ranked from best to worst. Fishing can be enjoyed by the most avid sportsmen or a y...
How Much Your Rent Would Cost In 1970 In Every US State 4.3k VIEWS Basic living expenses - housing, transportation, clothing, healthcare, food - vary significantly by location. Take Los ...
#8 of 50 The Best U.S. States for Hiking 6.4k VOTES This is a ranked list of the best U.S. states for hiking as voted on by men and women. These states include Oregon, Utah, Te...
The Best State Songs 10.1k VIEWS A list of the best state songs. Ever wonder why you hear a particular song associated with a random state? Well, the odds ar...
Every State's Favorite Bad Movie 3.4k VIEWS Citizens of each state often share similar interests in eateries, activities, and even favorite alcohols. Now, you can feel ...

Idaho is also found on...