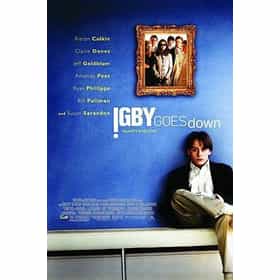 Igby Goes Down is a 2002 comedy-drama film that follows the life of Igby Slocumb, a rebellious and sardonic New York City teenager who attempts to break free of his familial ties and wealthy, overbearing mother. The film was written and directed by Burr Steers, and stars Kieran Culkin, Claire Danes, Jeff Goldblum, Susan Sarandon, Amanda Peet, Ryan Phillippe, Bill Pullman, and Jared Harris. It was given a limited theatrical release through United Artists on September 13, 2002 in the United States. ... more on Wikipedia

Igby Goes Down is ranked on...

Igby Goes Down is also found on...