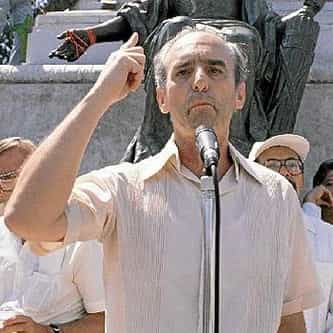 Ignacio Ellacuría (Portugalete, Biscay, Spain, November 9, 1930 – San Salvador, November 16, 1989) was a SpanishJesuit priest, philosopher, and theologian who did important work as a professor and rector at the Universidad Centroamericana "José Simeón Cañas" (UCA), a Jesuit university in El Salvador founded in 1965. He and several other Jesuits and two others were assassinated by Salvadoran soldiers in the closing years of the Salvadoran Civil War. His ... more on Wikipedia

Ignacio Ellacuría IS LISTED ON