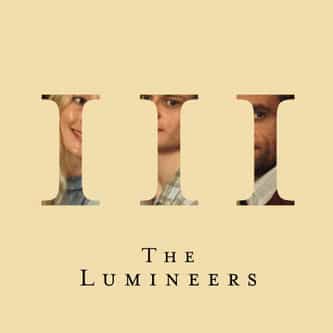 III is the third studio album by American indie folk band the Lumineers. The album was released on September 13, 2019. As well as being the Lumineers' third album, the album title also references that the album is presented in three chapters, each focusing on a different main character of the fictional Sparks family. Lumineers co-founder Jeremiah Fraites said "This collection of songs worked out in a beautiful way, and I feel with this album we've really hit our stride." In an ... more on Wikipedia

III IS LISTED ON

best sitcoms of all time, 2019 best anime, good place characters, what is the most valuable baseball card, how to turn into a wolf, actress horse riding in movies, lyrics to addict with a pen, dark wave bands, annoying orange characters, ford van models