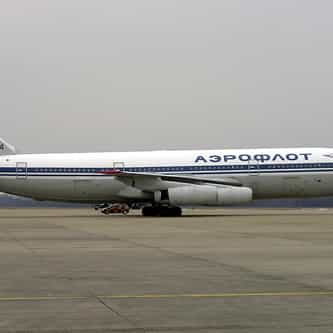 The Ilyushin Il-86 is a short/medium-range wide-body jet airliner. It was the USSR's first wide-body and the world's second four-engined wide-body. Designed and tested by the Ilyushin design bureau in the 1970s, it was certified by the Soviet aircraft industry, manufactured and marketed by the USSR. The Il-86 was the penultimate Soviet-era airliner to be designed. Developed during the Leonid Brezhnev era, which was marked by stagnation in many sectors of Soviet industry, the Il-86 used ... more on Wikipedia

singer james and comic may, songs with names in them, nfl comeback player of the year, houston rockets point guard, countries in asia and their capitals, best curb your enthusiasm quotes, dark characters past and present, top 10 best soccer countries in the world, coolest buildings in the world, best southern states to live in