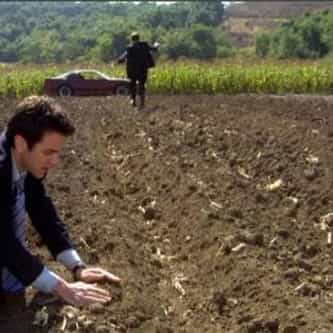 "Initiation" is the fifth episode of the third season of the American comedy television series The Office—the show's 33rd overall. Written by B. J. Novak, who also acts in the show as Ryan Howard, and directed by Randall Einhorn, the episode first aired in the United States on October 19, 2006 on NBC. In the episode Ryan is taken by Dwight on what he believes is a sales call, but instead is brought to Dwight's beet farm for an "initiation." Pam is supposed to keep track ... more on Wikipedia