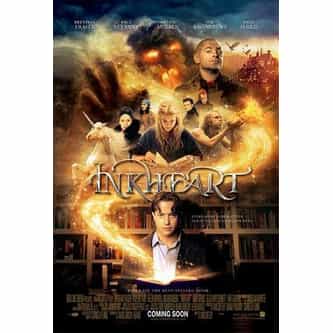 Tagline
Every story ever written is just waiting to become real.

Inkheart is a 2008 adventure fantasy film directed by Iain Softley and starring Brendan Fraser, Eliza Bennett, Paul Bettany, Helen Mirren, Andy Serkis, Jim Broadbent, and Sienna Guillory. It is based on Cornelia Funke's novel of the same name. The film was released on December 12, 2008 in the UK and January 23, 2009 in the US. ... more on Wikipedia

Inkheart IS LISTED ON