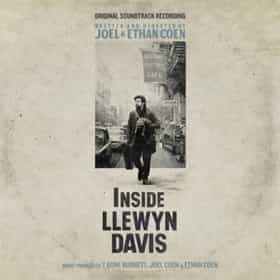 Inside Llewyn Davis is a 2013 American comedy-drama film edited, written and directed by Joel and Ethan Coen. It was produced by Scott Rudin, Ethan and Joel Coen. Set in 1961, the film stars Oscar Isaac in the title role as a New York City folk singer, alongside Carey Mulligan, John Goodman, Garrett Hedlund, F. Murray Abraham and Justin Timberlake. The film follows one week in the life of Llewyn Davis, a folk singer struggling to achieve musical success while keeping his life in order. Although Davis is a fictional character, the story was partly inspired by the autobiography of folk singer Dave Van Ronk. Most of the folk songs performed in the film are sung in full and recorded live. ... more on Wikipedia

lists about Inside Llewyn Davis

Inside Llewyn Davis is ranked on...

Inside Llewyn Davis is also found on...