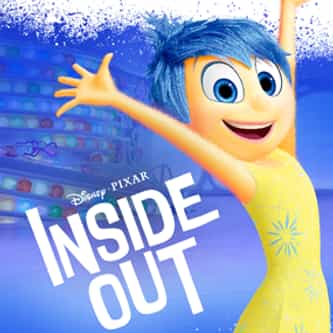 Inside Out is a 2015 American 3D computer-animated comedy-drama film directed by Pete Docter. In the mind of a young girl, five personified emotions - Joy (Amy Poehler), Sadness (Phyllis Smith), Anger (Lewis Black), Fear (Bill Hader) and Disgust (Mindy Kaling) - try to lead her through life as she adjusts to her new home. ... more on Wikipedia

Inside Out IS LISTED ON