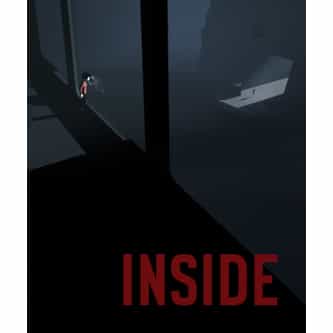 Inside (stylized as INSIDE) is a puzzle-platformer adventure game developed and published by Playdead in 2016 for PlayStation 4, Xbox One and Microsoft Windows. The game was released for iOS in December 2017, and will be released for Nintendo Switch at an unannounced date. The player controls a boy in a dystopic world, solving environmental puzzles and avoiding death. It is the spiritual successor to Playdead's 2010 game Limbo, and features similar 2.5D gameplay. nside is a puzzle ... more on Wikipedia

Inside IS LISTED ON