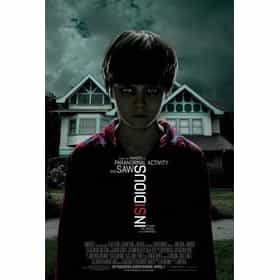 Insidious is a 2011 American supernatural horror film directed by James Wan, written by Leigh Whannell, and starring Patrick Wilson, Rose Byrne and Barbara Hershey. It is the first installment in the Insidious film series. The story centers on a couple whose son inexplicably enters a comatose state and becomes a vessel for ghosts in an astral dimension who want to inhabit his body, in order to once again live. The film was released in theaters on April 1, 2011, and was FilmDistrict's first theatrical release. A sequel, Insidious: Chapter 2, was released on September 13, 2013, with Wan returning as director and Whannell returning as screenwriter. Because of the film's success it became ... more on Wikipedia

Insidious is ranked on...

Insidious is also found on...