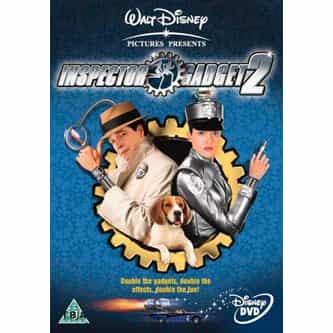 Inspector Gadget 2 is a live-action direct-to-video comedy film, released to VHS and DVD on March 11, 2003. This is based upon the cartoon series created by DiC Entertainment and is a direct-to-video stand-alone sequel to the 1999 Walt Disney Pictures film Inspector Gadget and also released by DIC Entertainment. It was filmed in Brisbane, Queensland, Australia. The second film departs slightly from the first one. Inspector Gadget and Dr. Claw are never referred to as John Brown and Sanford ... more on Wikipedia

Confessions of a Teenage Drama Queen

Inspector Gadget 2 IS LISTED ON

#126 of 135
18.4k VOTES The Most Rewatchable Comedy Movies
#3 of 22
50k VOTES The Worst Live-Action Movies Based on Cartoons
#44 of 53
571 VOTES The Best G-Rated Science Fiction Movies
Movies Distributed by Walt Disney Pictures List of All Movies Released in 2003