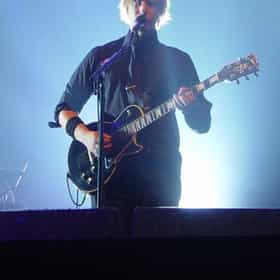 Interpol is an American rock band from New York City. Formed in 1997, the band's original line-up consisted of Paul Banks, Daniel Kessler, Carlos Dengler and Greg Drudy. Drudy left the band in 2000 and was replaced by Sam Fogarino. In 2010, shortly after recording finished for the band's fourth album, Dengler left to pursue personal projects. Having first performed at Luna Lounge along with other notable bands like The Strokes, Longwave, The National and Stellastarr, they are one of the bands associated with the New York City indie music scene, and was one of several groups that emerged from the post-punk revival of the 2000s. The band's sound is generally a mix of staccato bass and ... more on Wikipedia

Interpol is ranked on...

#19 of 42 The Best Bands Like The Killers 467 VOTES Looking for more bands like The Killers? Fronted by lead vocalist Brandon Flowers, The Killers have been a rock staple since...
#313 of 318 The Best Progressive Rock Bands/Artists 164.3k VOTES Loved by many and hated by some, progressive rock - or prog rock - is one of the most popular subgenres of rock music. Meldi...
#35 of 576 The Best Indie Bands & Artists 154.1k VOTES Before the genre became mainstream (which in itself is paradoxical) indie bands meant that a particular group was signed to ...
#1 of 81 The Best Post-punk Revival Bands 13k VOTES At the end of the 1990s and early 2000s after alternative music ran its course (or at minimum wasn't nearly as popular), the...
#96 of 178 The Best Modern Rock Bands/Artists 32.6k VOTES Modern rock artists list, with photos, ranked best to worst by votes. List of good modern rock bands includes a filter so yo...
Coachella 2011 Review - Coachella Festival Rankings 20.1k VIEWS Reviewing Coachella 2011 on-the-fly liveblogging as it happens, and ranking the highlights. Videos of the performances as we...

Interpol is also found on...