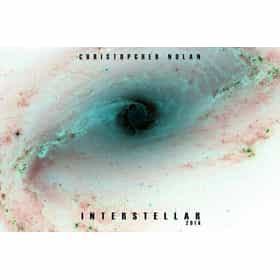 Interstellar is a British-American 2014 science fiction epic film directed by Christopher Nolan, starring Matthew McConaughey, Anne Hathaway, Jessica Chastain and Michael Caine. The film features a crew of astronauts who travel through a wormhole in search of a new home for humanity. Brothers Christopher and Jonathan Nolan wrote the screenplay, which has its origins in a script Jonathan developed in 2007. Christopher Nolan produced the film with his wife Emma Thomas, and Lynda Obst. Caltech theoretical physicist Kip Thorne, whose work inspired the film, was an executive producer and acted as scientific consultant. Warner Bros., Paramount Pictures, and Legendary Pictures co-financed the ... more on Wikipedia

What to Watch If You Love Interstellar 1.1k votes Interstellar fans, you know: This movie is truly unique and as such, finding an exact replacement TV show or film like it wi...
Interstellar Movie Quotes 284 votes "Interstellar" movie quotes take viewers on an epic journey across time and space with the hopes to save mankind. ...

Interstellar is ranked on...

Interstellar is also found on...