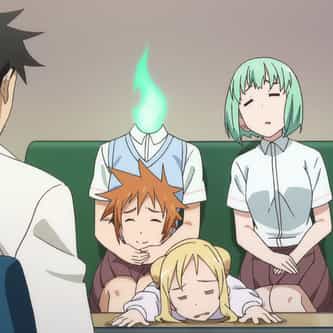 Interviews with Monster Girls is a Japanese manga series written and illustrated by Petos. An anime television series adaptation by A-1 Pictures aired between January and March 2017. The story takes place in an age where demi-humans, more casually known as "demis", have slowly started to become accepted into human society. Tetsuo Takahashi is a biology teacher who ends up teaching three such demis, hoping to understand more about them while also managing to catch their ... more on Wikipedia

Interviews With Monster Girls IS LISTED ON