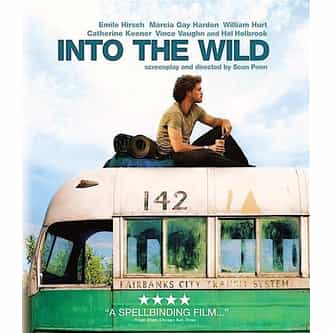 Into the Wild is a 2007 American biographical drama survival film written and directed by Sean Penn. It is an adaptation of the 1996 non-fiction book of the same name by Jon Krakauer based on the travels of Christopher McCandless across North America and his life spent in the Alaskan wilderness in the early 1990s. The film stars Emile Hirsch as McCandless with Marcia Gay Harden and William Hurt as his parents and also features Catherine Keener, Vince Vaughn, Kristen Stewart, and Hal ... more on Wikipedia

lists about Into the Wild

632.2k readers Everything That Had To Go Wrong For Chris McCandless To Meet His Fate

2.3M readers The Sad Tale Of Christopher McCandless, The Man From 'Into The Wild'

Into the Wild IS LISTED ON