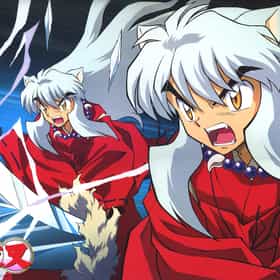 Inuyasha, also known as Inuyasha: A Feudal Fairy Tale, is a Japanese manga series written and illustrated by Rumiko Takahashi. It premiered in Weekly Shōnen Sunday on November 13, 1996 and concluded on June 18, 2008, with the chapters collected into 56 tankōbon volumes by Shogakukan. The series follows Kagome Higurashi, a 15-year-old girl from Tokyo who is transported to the Sengoku period after falling into a well in her family shrine, where she meets the half-demon Inuyasha. When a monster from that era tries to take the magical Shikon Jewel embodied in Kagome, she accidentally shatters the Jewel into many pieces that are dispersed across Japan. Inuyasha and Kagome start traveling to ... more on Wikipedia

InuYasha is ranked on...