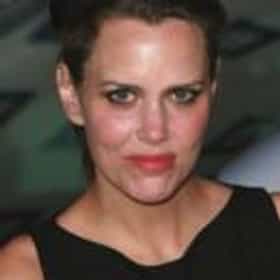 Ione Skye Lee (; née Ione Skye Leitch, September 4, 1970) is a British-born American actress, author, and painter. She made her film debut in the thriller River's Edge (1986) before gaining mainstream exposure for her starring role in Cameron Crowe's Say Anything... (1989). She continued to appear in films throughout the 1990s, with notable roles in Wayne's World (1992) and One Night Stand (1997). Other film credits include the comedy Fever Pitch (2005) and an uncredited role in Zodiac (2007). Skye also guest-starred on several television series, including The Twilight Zone (2002), Private Practice, and a recurring role on Arrested Development. In addition to acting, Skye also ... more on Wikipedia

Ione Skye is ranked on...

Celebrities You Might Not Know Are Siblings 3.6M VIEWS This is a list of celebrities that you didn't know were siblings, loosely ranked by fame and popularity. Everyone knows that...
Dax Shepard Loves and Hookups 147.6k VIEWS Who is Dax Shepard dating? Many famous women have dated celebrity podcast host Dax Shepard, and this list will give you more...

Ione Skye is also found on...