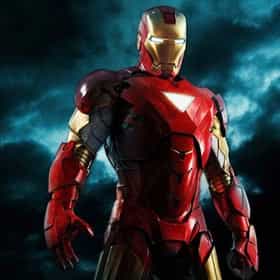 Iron Man is a fictional superhero appearing in comic books and the Marvel Cinematic Universe. A wealthy American business magnate, playboy, and ingenious scientist, Anthony Edward "Tony" Stark. When his captors attempt to force him to build a weapon of mass destruction, he instead creates a powered suit of armor to save his life and escape captivity. Later, Stark develops his suit, adding weapons and other technological devices he designed through his company, Stark Industries. He uses the suit and successive versions to protect the world as Iron Man. ... more on Wikipedia

Emma Watson
The Best of Iron Man's Many Girlfriends and Lovers 5.8k votes "Big man in a suit of armor, take that off what are you?" "Genius, billionaire, playboy, philanthropist.&quot...
Iron Man Might Be The Biggest Villain In The MCU 27.8k votes Every Marvel fan knows that there are a few plotholes in the MCU, but as a fan, little inconsistencies are easy to ignore. O...
14 Reasons Why Iron Man Is The Most Overrated Avenger 11.1k votes Before the theatrical release of Iron Man in 2008, Tony Stark was a bit of an also-ran when it came to Avengers. Sure, he wa...
20 Fun Facts About the Iron Man Movies 1.1M views Without the success of the Iron Man films, the Marvel Cinematic Universe couldn't exist. It's staggering to think about but ...
The Greatest Iron Man Armor of All Time 54.8k votes Iron Man upgrades his armor as much as someone changes their underwear. It seems that Iron Man has a new set of armor for ...
15 Times Iron Man Went Way Too Far 5.9k votes Tony Stark: Marvel's bastion of charm, wit, and intelligence. Also? Kind of a jerk sometimes. So much so that it's not tough...
The Best Iron Man Storylines in Comics 1.3k votes Before 2008, Iron Man comic books weren't all that popular, or at least Iron Man was not a stand out. Well, after RDJ got hi...
The Biggest Brawls Between Captain America and Iron Man 1.3k votes Two sides of the same coin, Captain America and Iron Man are both pillars of the Marvel Universe, but, at the same time, so ...
The Best Tony Stark Quotes 531 votes Here are the best Tony Stark quotes from Marvel Cinematic Universe movies. Played by Robert Downey Jr., Tony Stark is much m...
All 30 Iron Man Suits That Have Appeared On Screen 5.9k votes Nerd hero and luckiest man on Earth Robert Downey Jr., breathed life into the Marvel Cinematic Universe way back in 2008 wit...
Who Would Play Iron Man In The '90s? 1k votes Before the MCU boom of the 2000s, comic book readers spent countless hours arguing about which actors should play their favo...
The Complete List of Iron Man Villains and Enemies 83.3k views Tony Stark makes about as many enemies walking down the street, as Iron Man does fighting crime. Oh wait, they're one and th...
The Real Life Inspirations for Tony Stark 573 votes Tony Stark. Billionaire. Playboy. Philanthropist. The guy casts quite the shadow. An "ordinary" genius with an inf...
What Has Iron Man Been Doing Leading Up To 'Avengers: Infinity War'? 2.5k views Tony Stark (and Robert Downey Jr., who portrays him) is the heart of the Marvel Cinematic Universe, and the tech billionaire...

Iron Man is ranked on...

Iron Man is also found on...