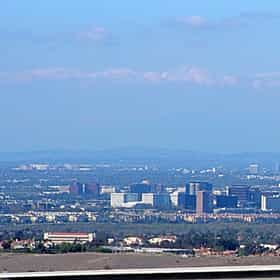 Irvine is an affluent suburban city in Orange County, California, United States. It is a planned city, mainly developed by the Irvine Company since the 1960s. Formally incorporated on December 28, 1971, the 66 square miles city had a population of 212,375 as of the 2010 census; in 2013 the city's population was estimated to be 242,651. The city's mission statement is "to create and maintain a community where people can live, work, and play in an environment that is safe, vibrant, and aesthetically pleasing". Because Irvine is home to highly-rated public schools, a large number of jobs requiring a skilled workforce, and residential housing, Irvine was chosen in 2008 by ... more on Wikipedia

Irvine is ranked on...