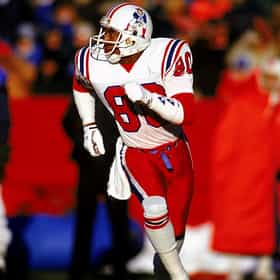 Irving Dale Fryar, Sr. (born September 28, 1962) is a former American college and professional football player who was a wide receiver in the National Football League (NFL) for seventeen seasons. Fryar played college football for the University of Nebraska, and was recognized as an All-American. He was selected with the first overall pick of the 1984 NFL Draft, becoming the second wide receiver to be taken number one overall, the first being Dave Parks in 1964. Fryar played professionally for the New England Patriots, Miami Dolphins, Philadelphia Eagles, and Washington Redskins of the NFL. ... more on Wikipedia

Irving Fryar is ranked on...