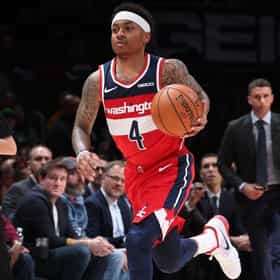 Isaiah Jamar Thomas (born February 7, 1989) is an American professional basketball player for the Washington Wizards of the National Basketball Association (NBA). The 5-foot-9-inch (1.75 m) point guard played three years of college basketball for the Washington Huskies and was a three-time all-conference selection in the Pac-10. After electing to forgo his senior year of college, Thomas was selected by the Sacramento Kings with the final pick in the 2011 NBA draft. He spent three seasons with the Kings before joining the Phoenix Suns in 2014. Thomas was traded to the Boston Celtics in February 2015 and was named an NBA All-Star in 2016 and 2017 and received All-NBA Team honors in 2017 ... more on Wikipedia

Isaiah Thomas is ranked on...

Isaiah Thomas is also found on...